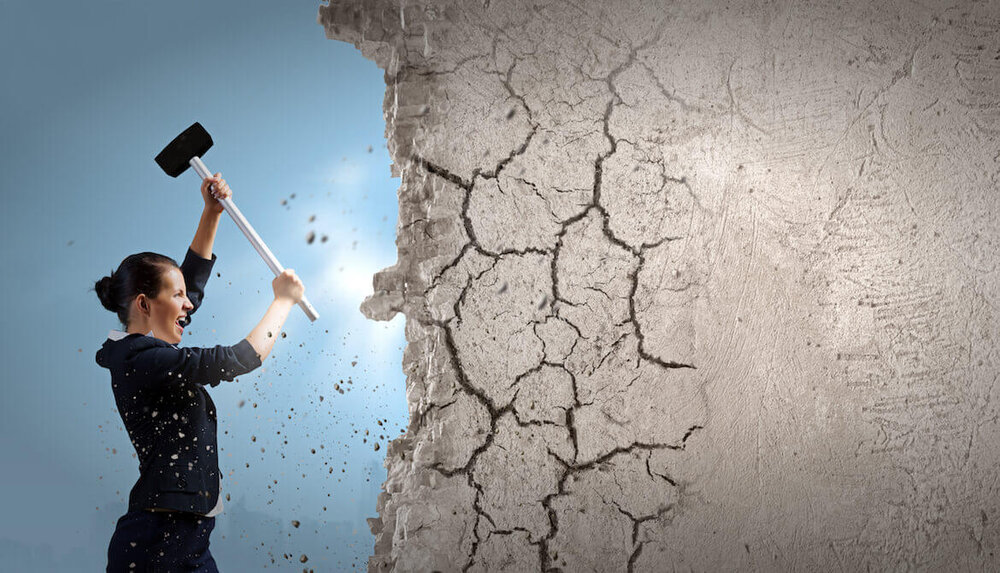 Are you getting in your own way? Are you limiting your own success because you don’t believe that it is possible to reach your goal?  There is a way you can break those mental barriers and get the success you are looking for.

Some of the details might be a little off and feel free to look up the whole story if you want all the details but I want to share two stories with you as a base to this discussion.  The first story is about George Dantzig, a graduate student at UC Berkeley in 1939.  George was prone to oversleeping and one morning he was very late to a lecture.  Arriving at the very end, George wrote down two math problems that were on the board.  Thinking they were homework, he worked for several days on solving the problems and even apologized for turning them in a couple days late. Much to George’s surprise, those two problems were previously considered “unsolvable” by mathematicians worldwide.

The next story is about a British athlete, Sir Roger Bannister. He was a middle distance runner and he competed in the 1952 Olympic games where he set a British record for the 1500 meter event.  Sadly, Roger did not earn a medal, he landed in forth place.  In the years after the Olympics, while studying to become a doctor, he kept training.  On May 6, 1954 during a meet between British AAA and Oxford University, Roger Bannister was the first person in recorded history to run a mile in under four minutes. His record running speed was 3 minutes and 59.4 seconds.

Roger held this record for a whole 46 days before John Landy of Finland edged him out by running a mile in 3 minutes 57.9 seconds.  In the years since, hundreds of athletes, even ones in high school, have gone on to run a sub-four minute mile.  Even though it was thought that running a mile in less than four minutes wasn’t physically possible for humans, the current world record is three minutes and 43.13 seconds.

While George and Roger both accomplished something amazing, what they both basically did was break through mental barriers.  George had missed the professor’s explanation that those problems were unsolvable, he had no reason to think he couldn’t do it.  Roger trained for years before breaking the four minute mile but once he did he removed the mental barrier for hundreds of athletes around the world.  Roger showed them it was possible.

Apply this to your appraisal business and, more importantly, your life. Learn how to get past whatever mental barriers you have. Ask yourself this question, “What have I wanted to do for a long time but I’ve been unable or unwilling to do?”  Of course this can apply to any part of your life, but we’ll just focus on your appraisal business. Do you have an income goal you’re trying to reach? Are you stuck on making a small change like switching software? Do you want to travel for a month and have your business carry on during your journey?

The only thing that is probably keeping you from being able to accomplish what you want and need to accomplish is, in large part, a mental barrier. I’d recommend that you find people that have already reached your same goal and learn from them.  Get yourself into a mastermind group with others that have broken the barrier you’ve put in your way.  Hear how it is possible because it’s been done.  Somebody has run that four minute mile and somebody has a $1,000,000 a year appraisal business.

What do you need to do to kick yourself in the butt to reach your goal? Whether it’s in your personal life, your health, your relationship, your lifestyle, or your career, find a way to abolish those mental barriers that are keeping you from being at your top level.

For more information on this subject, please download and listen to The Appraiser Coach Podcast Episode: 482

4 Comments on “Breaking Barriers to Success”