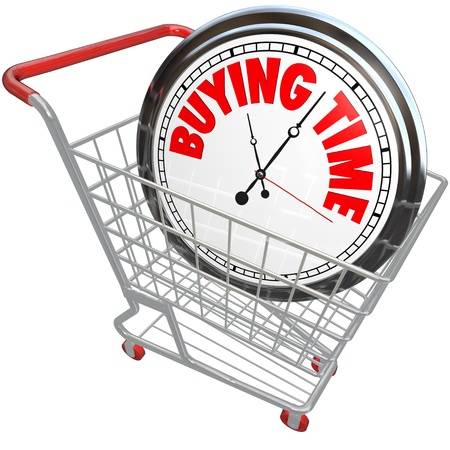 We all have twenty-four hours in a day. One’s economic status, ethnicity, or gender doesn’t change that. I believe the secret to success is finding ways to create more time in, a day or in other words: buy time. Now it may sound as though I am contradicting myself, but when individuals utilize the law of delegation, they are essentially giving themselves more time.

In the Bible, there is a story about Moses and the children of Israel while they are still wandering in the wilderness. Basically, it boils down to Moses not having enough time or resources to micromanage the Israelites. He is trying to lead too many people and put out too many fires, which results in him becoming stressed-out and overwhelmed. When Moses goes to his father-in-law, Jethro, for advice, he is counseled to create a system of leadership and delegate many of his responsibilities to others.

I had a similar experience to Moses in my own life. I was feeling overwhelmed with all of my many day-to-day tasks that consumed my time. Specifically, this stress grew around the time of tax season. Tax season meant I would have to spend an extra eight hours poring over the finances and other related aspects of my business as I attempted to ensure that I was being honest with my taxes. I hated it. Finally, one year, I gave in and paid the extra money to hire someone else to do my taxes. I was shocked. Yes, I did have to pay a little more ($150 to be exact) for someone else to do them, but it relieved a stressful eight-hour task and allowed me to spend that time doing appraisals instead. What’s more, I actually saved money because my new accountant saved me a significant amount of money doing my taxes. Basically, I had extra time and made money doing it.

In a nutshell: if you can make more per hour doing what you are good at, what you are uniquely qualified for, and/or have a passion for, you should use the law of delegation. Just like I could make more money by having someone else do my taxes, and it relieved a significant stress from my shoulders.

Now it can be difficult to let go of tasks, especially when it is important to us that they are done a certain way, but if you take that initial leap, you won’t regret it. In fact, you will likely quickly fall in love with this principle as it continually makes you more effective.

For more information on this subject, please download and listen to The Appraiser Coach Podcast Episode: 299 – The Law of Delegation Creates Time