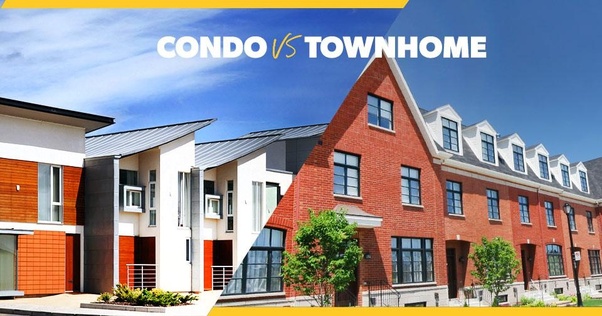 Because I get the regular opportunity to chat with appraisers, I also have the regular opportunity to answer a lot of questions.  One that frequently comes, especially in coaching situations, is what at first appears to be a simple question, but is really quite profound.  It is a question that appraisal qualifying education classes typically do not cover, simply because there is not enough time.  Yet the answer to this question, if you do not understand them, can leave you in an unenviable position with your state appraisal board.  That’s a position you’d like to avoid, right?

So, what is the question?  It is “what is the difference between a condominium and a townhouse?” And the reason the answer may put you in an unenviable position with your state appraisal board is the irony that while there is a difference, there may be no difference at all. And, yes, I’ll explain that.

First, please understand that what creates a condominium is a function of legal ownership.  For example, if you look at a recorded deed and it refers to a “declaration of condominium”, or as “…a condominium legally described in Official Record Book 47, at page 12…” then the property is a condominium.  While the definition of a condominium will vary with state law, what usually happens is that the seller sells and the buyer buys the space between the planes of the exterior walls, floors, and ceilings.  The external walls, floors, and ceilings are under the ownership of the condo owner’s association as common areas.  Typically the COA also owns the land underneath the building(s).  Then, as owners of a condo unit, the unit owner also owns an undivided share of the common areas (as does every other owner in the legally defined condo).  In short, then, a condominium is a form of ownership.  Anything, even equine boarding facilities can be  developed, constructed, bought, held, and then sold (at wholesale or retail) in condominium ownership.

On the other hand, a townhouse is a function of architecture and building style, as well as land use.  Traditionally, townhouses tended to be tall and skinny, with no land involved other than merely the land on which the corners of the building sat.  Typically, there was no land, no estate, to go with it.  “Townhouse” developed as a word to distinguish one’s house in town from one’s estate in the country.  Townhouses were skinny since the land in town was generally way more expensive per square foot or per front foot than the land in the country.  Skinny properties sit on less land than fat ones.  They tended to be tall for two reasons:  (A) the only way to get a livable amount of square footage on small site was to build up rather than out; and (B) in the old days, real estate taxes were a function of the amount of land you owned, not the square footage of the improvements on it.  Thus, a tall skinny building on a small site made sense for a number of reasons.

The irony of all of this is that you can have a townhouse development with tall, skinny units, but they are legally condominiums if the COA owns the land and the common elements.  So, again, the term “townhouse” refers to a style of architecture and land use.  “Condominium”, on the other hand, is a legal term describing ownership.

For appraisers, the problem comes when they use the terms synonymously.  They are not synonyms (or antonyms).  And, for appraisers, the issue is one of comparability.   You can have two townhouse projects that look alike. Yet in one, the unit owner owns the land underneath the four corners of the building.  In the other, however, the COA owns the land and the common elements.  Given the townhouses own the land and the improvements to it, while the condo owns merely the encubed airspace and an undivided interest in the land and other common elements, to use these as comps is to compare apples to oranges, while expecting the results of that comparison to yield a mango.

Unfortunately, there are a lot of grey areas when it comes to the differences (and similarities!) of townhouses and condos.  But the primary differences are that (A) the word “townhouse” implies an architectural or building style, as well as a mode of land use; (B) whereas “condominium” is a legal term describing ownership.  To use them as comparables, when indeed they are not, could prove to be a professional problem.