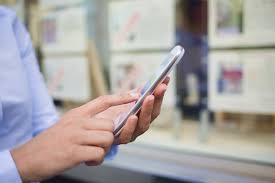 I’ve being using the latest and greatest mobile technology in my work for over 15 years now. I consider myself a seasoned mobile appraiser.  My favored device in the past few years has been a tablet; specifically, the iPad Mini.

I’ve been asked many times in the past few years whether it’s feasible to use a smartphone for inspections, but I didn’t have an informed answer. I’d spoken to other real estate appraisers who did use smartphones, and I asked them that question. I usually got the same answer: “I love using my smartphone, and I wouldn’t go back to a tablet… but there are some drawbacks.”

Well, recently my iPad ran out of juice, and the charging cable wouldn’t work. I had 6 more inspections to do that day, and it wasn’t feasible to go back to my office and recharge my tablet there, so I was forced into finding out for myself. I called back to my office and asked my assistant to re-sync the software to my phone (I use a la mode, which allows this kind of seamless transition between devices).

I won’t lie to you; for the first 5 appointments or so, I found using my phone to be incredibly frustrating. The smaller screen size was obviously the main source of annoyance. On my tablet, I had everything I needed on a single screen: the menu was there in full display on one side, and the fields I was filling in were in full display on the other side. On my phone, everything was crammed in. The fields were still there, but the pre-canned comments that you use a lot in the field weren’t on display. To use them, I had to hit an extra button each time. That might not seem like a big deal, but if you want to work as efficiently as possible in this business then seconds matter, and all those extra clicks add up. It was actually almost a deal-breaker for me. The smaller screen size also meant sketches looked very cramped; there just wasn’t as much room for me to see what I was doing.

As regular readers will know, however, I always follow the rules of the ’10 House Challenge’; don’t give up on something until you’ve tried it on at least 10 houses. I have to say that the more I used my smartphone, the more I started to enjoy it. I even found that it had its advantages over a tablet. My iPad Mini doesn’t have a flashlight, for instance, meaning I always had to carry something else to illuminate attics, crawl spaces, and so on for photos. My iPhone has a built-in flashlight, which works well as a camera flash, eliminating that problem.

Also, my iPad wasn’t set up with a data plan. I know you can get tablets that do have them, but mine didn’t. That meant that, to send my reports, I always had to hook up to a Wi-Fi hotspot. That took around 25 seconds to do; again, not a deal-breaker, but they’re 25 seconds I could save by directly uploading the report from my phone using my data plan.

The more I used my smartphone, the more I started to like it. I am now using an iPhone Plus exclusively and my iPad Mini is gathering dust.  That has to mean something, right?

For more information on this subject, please download and listen to The Appraiser Coach Podcast Episode 045 – Can you Effectively Use a Smartphone for Appraisal Inspection.

15 Comments on “Is A Smartphone Big Enough To Appraise With?”