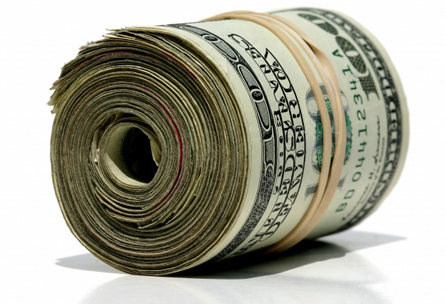 I  hear it from various appraisers all the time, “We have not had  a raise in 20 years! We are being paid the same amount per appraisal  now as we were when I first started in this business.”

The  funny thing is that it is said as if appraisers have no ability to  control their own prices. Ever hear of the free market?  Don’t get me  wrong, I understand their point.  I just do not think it tells the whole story.  Certainly, if you look at all the factors, it does not hold much  water.

I  first started in this business over 20 years ago.  Things were much  different than they are now. I am not quite old enough to have used a typewriter to construct my reports, but I did not come along much  later.  When I first began, computers were slow and crashed a lot (I  guess some things never change). The Internet was almost unheard of  (much less used for any research or appraisal work). Digital cameras  were a future luxury and so were cell phones!

I  began my appraisal career working in a lot of rural areas. When I say  ‘rural,’ I am talking about the kinds of towns where you can drive through  them at 35 mph, blink, and wonder why you never saw them.  For me, a  typical day was spent driving 90 minutes (one-way) to my appointment. I  would inspect with a measuring wheel (or sometimes a 100 foot tape), a  clipboard, and a film-camera (some of you don’t think that is funny  because you still are). After the inspection, I would visit all (there  were usually only one or two) the real estate offices in town. It was  there I would have to continually grovel for sold information like a  poor street urchin. If I could catch someone in the office, and they  happen to be in a good mood, I might get a little information from them.

Usually, the information was sketchy at best. “Oh, I don’t know, Son. I  think that one sold for around $200,000, but there was some haggling,  so I am not sure what the final price was. It sold last month sometime,  but I could not tell you the day. Square footage? Hell, I don’t know. It  was big though.”

Technically  you are right, we are getting ‘paid’ the same (or roughly the same)  fees we were when we first began.  However, I do not know about you, but  I certainly have had a raise. In fact, I have had several of them over  the years. In the beginning, I think it took me an average of 2 days (16  business hours) to complete a full appraisal. By the time I received  the order, set up the  appointment, drove to the subject, inspected, dug up comp information (several hours on just that one alone), took  pictures, dropped them off at the one-hour photo, typed the report,  copied a map from the phone book and splashed stickers from Forms and  Worms® on it, picked up the pictures from the one-hour photo, glued them on the report (no, I am not kidding), made two copies and overnighted  them to the client (at my expense), it was a full, two-days. Today, I  complete 3-8 full-appraisals per day without compromising  quality(before you start freaking out, please see my comments below). I was never good at math, but I would say that my fees have  increased about 600%. And all of this due to technology.

I  was reminded of how blessed we are in this industry just the other day.  I was at an appraisal inspection when one of my best friends from high  school rolled up.  He was not there for a social call.  When I say  “rolled up” I mean he was driving a large sewer truck.  He was there to  pump out the septic tank.  As I watched/smelled him do his job, I was  reminded why I went into the appraisal field.  Now, it is not a fair  comparison for sure.  The number of hours in education, training,  experience do not allow for an apples to apples snapshot, but I think  you get the point.  He probably made about $65 during the same time I  was making twice that.

Next  time you hear another appraiser (or yourself) complain about our low  pay, remember the whole truth.  We do ourselves a huge disfavor when we  (wittingly or not) choose to look at only one part of the equation.  All  things considered, we do fairly well as appraisers.

(reprinted from an earlier posting)