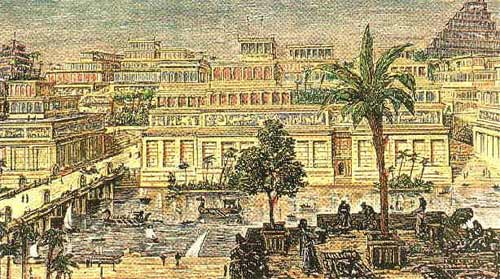 If you’ve not read “The Richest Man In Babylon” by George S. Clason, stop reading this blog right now, get on Amazon, and order a copy of it immediately.  Order the book and leave it next to your bed so you read it last thing at night.  Order the Audible version of it so you can listen to it in your car.  Order copies for friends and give it away with your business cards.

Clason’s theme is that money is wonderful, but that you work hard for it, so you must make it work hard for you.  He tells the story of the richest man in Babylon, a city of monumental wealth back in its day.  Step one in this process did not involve earning a great deal of money over time, nor earning a large lump of it all at once.  Rather, step one was simply to pay yourself first.  Clason did not specify any particular amount of payment, just that you pay yourself first.  While how much you pay yourself is up to you, I recommend 10% right off the top.

This 10% is not spending money or party money.  This is investing money.  You take this money and invest it.  Where and how you invest these funds is up to you and your investment advisors.  But the key here is to invest it regularly  And the purpose of this investment?  Simple.  You’ve worked hard for the money, now make it work hard for you.  Take the 10% right off the top and put it to work.

Step two involves another 10%, this time of the 90% left over.  This 10% goes to charities.  You put this 10% to work, too.  But, in this case, rather than putting it to work for your own good, you are putting it to work for the good of others.  To find a charity or charities that puts the bulk of its donations into helping those who need help, not paying its overhead and administrators, can be difficult, frankly.  So, this will take some research and some judgment calls.  But, after all, we are appraisers.  That’s what we do.  We do research and make judgment calls.

And what about step three, the other 80%?  That money also goes to us (well, the part Uncle Sam does not get).  That is the money we live on.  You say that you need 100% of what you earn!  You can’t live on 80% of your income!   Clawon’s book has the title, “The Richest Man in Babylon”.  Then the book tells the story of how the character became the richest man there.  He worked at it.  He took risks.  He delayed some current gratification for later rewards.  He stayed up late at night comparing different investments.  He was frugal, thus he taught his family to be frugal.  In other words, he became the richest man in Babylon via, ultimately, the results of his own efforts.

And notice how the word “become” implies a process or the timely execution of a plan.  He did not find himself in that position of wealth via an inheritance.  He did not win the state lotto.  He worked at it over time, step-by-step, brick by brick.  He planned and then executed that plan.  Were they setbacks?  Of course!  As Burns taught us, the best laid plans of mice and men often go awry.  Yet part of his plan, part of the execution of that plan, was to acknowledge and then overcome setbacks.

Please understand, I am not advocating we become misers hoarding money.  What I do advocate, however, as the Richest Man in Babylon showed us, is frugality in the money we spend, regular investments of the excess we have (or create), and care for others (which is humility).  Those three sound like a life well-lived, don’t you think?

7 Comments on “The Richest Appraiser in Babylon”