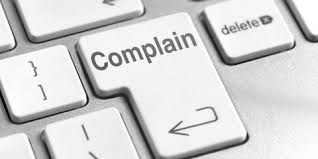 Time to get on my soapbox and complain about a complaint filed against me (not a charge, but merely a complaint). I did an appraisal of a multi-family property near my office. The property owner/borrower called me to complain about the appraisal since it came in far less than she thought it should (not unusual). Clearly, I could not answer her questions since she was not the client. This upset her greatly, so she filed a complaint with the State. The complaint had no basis in substance. In fact, the complaint was that my appraisal was too low. Since neither USPAP nor state statute see coming in “too low” as a violation, the complaint had not merit.

Anyway, the state contacted me with the complaint. I sent in a copy of the workfile and report, as well as answered all of the state’s questions. Eventually, the State of Idaho decided not to charge me with anything (there was, after all, not a violation of anything). All of what was needed to be in the workfile was in it. All that needed to be in the report was in it. My due diligence was obvious. My adjustments came from proper market data support. My value conclusion was credible and the appraisal report was not misleading. So, as I said, the state declined to file a charge against me. This entire process lasted just under one year and subjected me (and, to some extent, my family) to a lot of unnecessary stress, sleepless nights, and so forth. But, as I said, it all eventually went away.

Now, here’s my complaint: The property owner/borrower was not my client, therefore I had no responsibility to her (other than common courtesy). I had not agreed to appraise the property for her, nor had she paid me, so we did not exchange any good and/or valuable consideration. We were not in privity in any way. So, why did she have any standing to file a complaint against me? Idaho should have dismissed this complaint just as soon as it read her letter. Why? Because the complaint had no basis in law or fact, with which the state eventually agreed. The potential borrower was just mad at me for what she thought was a low-ball appraisal.

Now, it is clear to me that anybody can file a complaint against an appraiser at any time for any reason at all, including no reason at all. So, should a borrower be able to go directly to the state and file a complaint? More importantly, should a state appraisal board take seriously a complaint from someone who is not a client or named intended user? I say no!

But what if there are specific USPAP violations? That’s a different question. Nevertheless, it should not even consider a complaint that alleges merely the appraisal was not high enough – that the property owner (not my client; not a named intended user) merely disagreed with my value opinion.

Please let me know your thoughts on this. I know the state board has its responsibilities. But do those include bothering me for 75 or 80 of my precious hours to defend myself against a charge the state eventually concluded was baseless? Even the Standard Three review of the appraisal the state ordered found nothing amiss. So, chime in on this. Let me know if I’m wrong. I’ll appreciate hearing from you!

For more information on this subject, please download and listen to The Appraiser Coach Podcast Episode: 186 Should Only Intended Users Be Allowed to Complain About Appraisals?

33 Comments on “Who Can Complain About Appraisals”