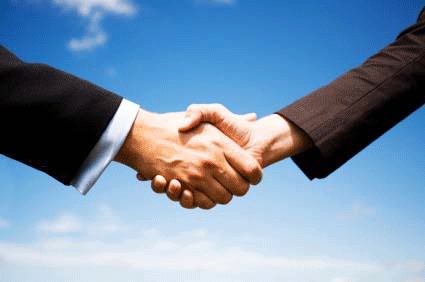 Once upon a time (not so long ago), there was a man (we will call him Bill).  When Bill was Billy, his father started and ran a fairly successful insurance company.  They sold auto, home, and casualty insurance in their small city of 26,768 people.

After college, Bill went to work for his father, learned the family business, and – when William passed away – inherited the building, all of the clients, and the entire insurance business.  Thankfully, William had been an excellent teacher and Bill continued the practices he had been taught.

Bill was a proud man.  He lived by the axiom; if you want t

o run a high-quality insurance company, you personally see to it that everything is done right – that means, everything is done by you.  Bill was a personable man, and he was good at sales. His father had established a good reputation in the community, and Bill’s personality only enhanced those relationships.  Business was good.

Bill was a hard worker.  Every day, he got up early, had two cups of coffee over the New York Times, and promptly got to work.  His 12-14 hour days consisted of site visits, seeing customers (and potential customers), selling policies, dealing with claims, running referee between policy-holders and the big insurance companies, following up on leads, answering phones, returning emails, and making sure all forms and reports were completed properly and with the highest quality possible.  On top of all this, he ran the business, made sure the accounts were paid, invoices were collected, angry clients were appeased, marketing efforts were completed, and the technology systems stayed up and running.

His small family did not see him much, but his wife was understanding.  Bill was a good man, doing the best he knew, and they were always taken care of.  Bill had even tried to work with his wife once asking her to answer phones, set up site visits, and communicate with the big insurance companies, but it didn’t really work out all that well.  After she left, he hired a part-time person who had worked in another insurance office, but that was a disaster. Bill had a successful insurance office and knew, in order to keep it running well, he had to keep it running by himself.  On average, with all that had to be done (did I mention Bill was very good at what he did?), he was able to bind approximately five new policies per week. He was tired, but life was good.

One day, Bill got a call from another insurance agency on the Westside.  The owner, Rita, was wondering if Bill would consider going into business together.  She claimed she had only been in business less than three years and was binding 17-28 new policies per week!  That was four to five times what Bill was doing. “Impossible!” he muttered under his breath as he put down the New York Times, finished his last sip of coffee, and headed to the office.  Insurance was no preschool. Potential customers had to be thoroughly vetted, site visits had to be done correctly, the paperwork had to be perfect, and that was just the beginning. “If she is doing 20 policies per week, she is cutting some serious corners.”

A few days later, curiosity got the best of Bill and, though he was not interested in a merger, he took Rita up on her offer to visit her company, and he called to set up a time.  The following week, Bill shadowed Rita for the day. He found himself in a modern looking, but modest facility with four desks. Three of them hosted cheerful looking workers with what looked like the latest computers, multiple monitors, VoIP systems, and high speed internet connections.  They all appeared busy. Rita’s chair was vacated as she was just coming in the door from a site visit as Bill was being greeted by the receptionist.

“You have three employees for just one agent,” Bill asked?

“Oh, of course not,” Rita replied.  Bill sighed inwardly. “There is no way we could do what we do here with just three employees.  I have two additional contractors in the Philippines, and you will meet my driver, Nathan in just a moment.”

“Um, driver?”  And that’s how the day progressed.

Later that evening, Bill found himself in the kitchen with Bev, his wife.  “It is no wonder she does so much volume,” he was saying. “She delegates almost every part of the process.  She has one guy answering her phones, another doing marketing stuff all day, and still another who oversees the office operations.  She has some kid barely out of high school driving her around like she is some sort of aristocrat while she “quality checks” reports from an internet connection on her laptop in the backseat.  Furthermore, she is running some sort of sweat-shop out of the Philippines where she forces them to work on report writing for $3 an hour! Despicable.”

“Is all that legal,” Bev asked?

“Technically, I guess,” said Bill, “but it sure isn’t very smart.  She may start work at 8 AM and be off at 5 PM, but she does not know how to run an insurance agency.  That’s just not how you do it. Rita is 100% responsible for everything that happens in that office. You just cannot bind 20+ policies a week, do every step required and needed in the process, and not be making huge mistakes.  You remember when I hired that gal who worked for me part time, right? What a joke that turned out to be. My father started this business on his reputation, and I will continue to run it on mine. I may only bind 5 policies per week, but I know they are done right because I do them myself.”

The next morning, as Bill poured his first cup of coffee, and opened up the New York Times, he again thought, “Rita just does not get it.  That is not how you run an insurance agency.”